Bordeaux is the most pedestrian-friendly city I have been to.  The entire city centre is restricted for vehicles and there is a good tram system running through.  It is a somewhat conservative city - the trams are all grey with grey-green roofs and there are no advertisements or different coloured trams.  The hangars have been removed from around the city centre to give excellent views of the beautiful buildings.  The city itself gives the impression of being finished to a grand plan.

All the city buses are flying tricolor flags today.

The day started with a cloudless blue sky and fluffy clouds built up during the day but it has been sunny and bright all day.  Breakfast was an omelet and coffee in Place de la Comedie.  We bought day passes and took the tram to Claveau, the northern end of line B.  At Bassins a Flots we had to wait for a tram in the opposite direction because the bridge across lock at one side was open.  The normal route is a double track bridge over the east side of the lock.  When this is in use there is a single track line around the west side - similar to the crossing of the Seaway in Montreal.

We came back as far as Les Hangars, which are now converted into high end stores.  After Hangar 14 there is a wide boulevard created by the removal of the hangars.  This opened up the views of the grand buildings behind.  This area is used by pedestrians, cyclists, skaters, skateboarders etc.  We went past a skateboard park and a Sunday produce market. 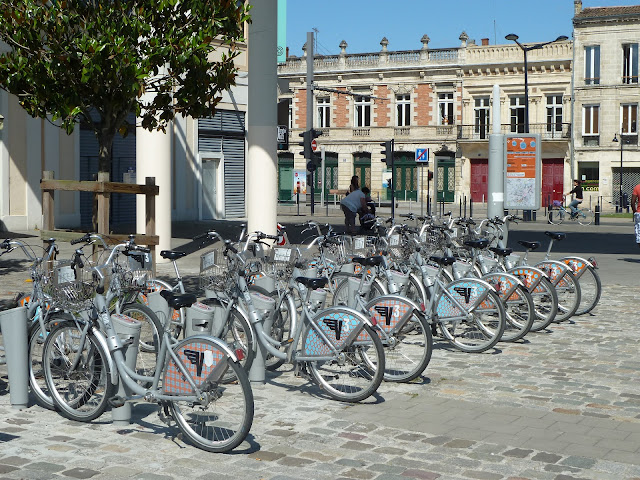 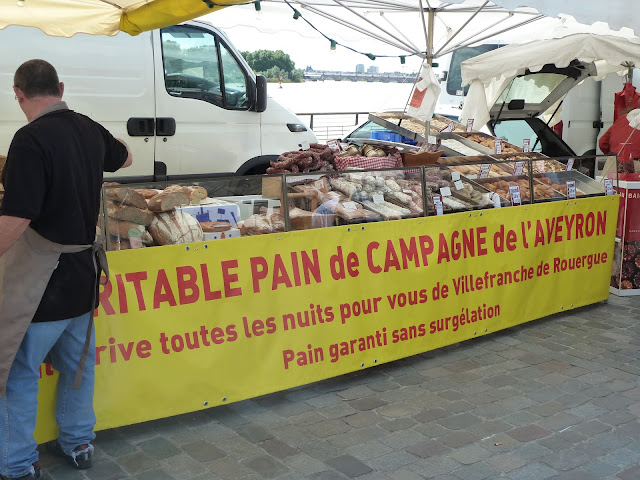 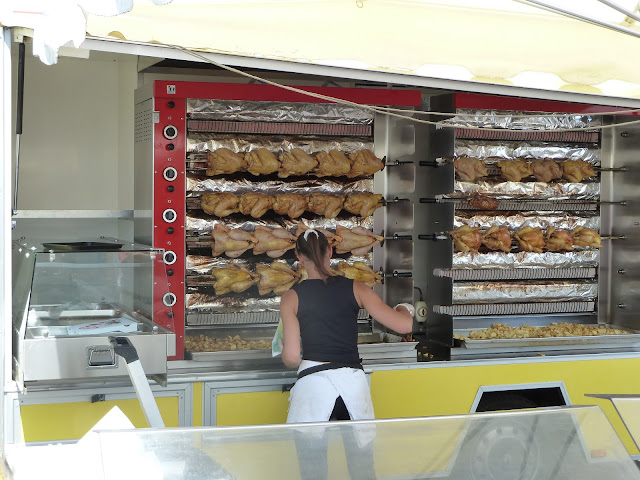 We walked through a Flea Market where many of the venders were preparing for lunch.  This seems quite a social occasion in itself.  One group had two enormous plates of shucked oysters ready.

Lunch was at a restaurant with a view across the river, interrupted from time to time by the trams.  We both had the bloc de foie gras and the confit de canard.  Both were excellent.

We stopped for a drink at a small cafe.  A little girl, of three or four, was wandering around playing with the coins people had left on the table and walking off with them.  We steered her to give them to the waiter.
After is had become dark we went out to see the Bourse illuminated in the reflecting pool.

Posted by Colin Churcher at 9:04 AM