On Saturdays and Sundays there are direct trains from Paris to Bayeux without the need to transfer at Caen.  At St. Lazare this morning we witnessed another example of SNCF arrogant approach to the passenger.  We walked into the concourse from the suburban side and were surprised to see that our train was not shown on the departure boards.  Then, I realized that we were traveling Intercite which has its own separate set of departure indicators.  It is the same company but run completely separately.  Just try and buy an Isle de France ticket at a Grandes Lignes ticket counter or vice versa.  Switzerland manages to integrate matters between completely different companies such as at Luzern or Interlaken better than SNCF manages affairs within itself.

The weather forecast lead us to believe that it would be cloudy, cool and windy in Normandy.  It turned out sunny and quite hot with just the occasional cool wind.

After a coffee (Mary) we went straight to the Tapestry, not knowing how busy it would be.  There was no line up at all and we went straight in.  The commentary that accompanies the viewing of the tapestry is excellent and it really brings the time of William the Conqueror alive.

After the tapestry it was time to look for lunch.  We went to a small family-run restaurant we have been to several times before in front of the Cathedral. 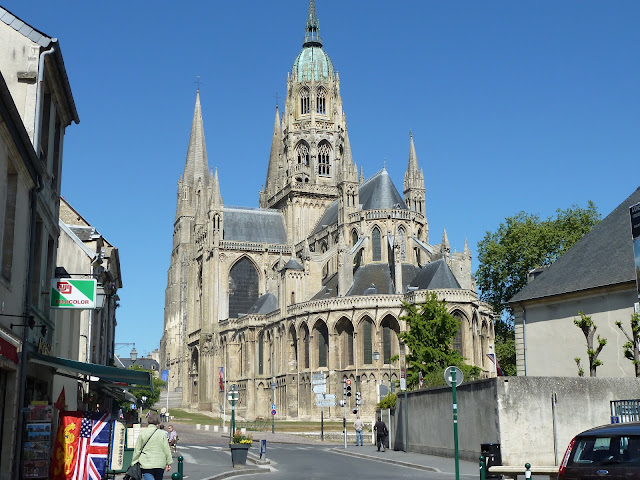 The menu has changed to emphasize pizza and Italian items but the basic cooking is Normandy.  We had foie gras followed by escalope de veau Normande and tarte tatin.  The veal was very good, the pan juices being freshened up with copious amounts of cream which made a very thick gravy.  With a bottle of Saumur Champigny this was pretty good indeed.
We staggered out of the restaurant and walked around the town which has some interesting buildings and waterside places. 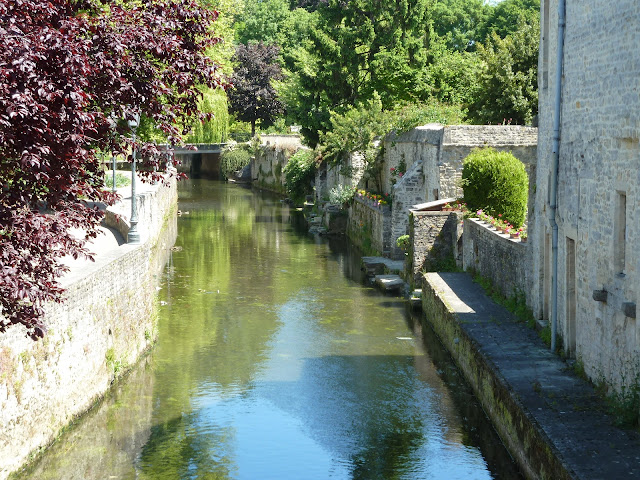 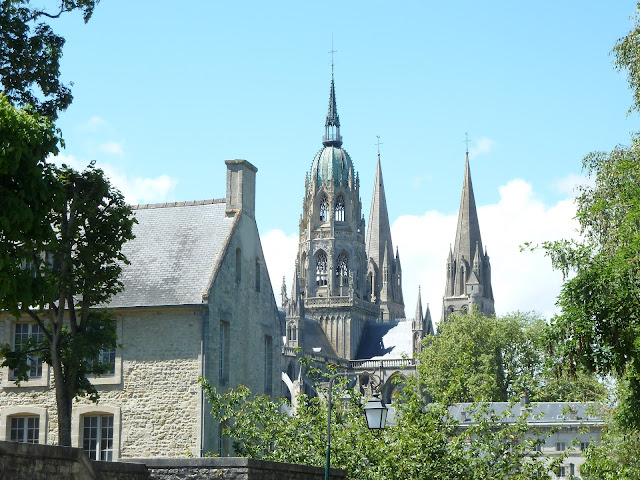 We wandered back to the station to catch the train back.  We had half thought about stopping in Caen for an hour or so but it doesn't look particularly inviting from the train and we were still feeling the effects of lunch.  The weekend train service is good - just one stop at Caen.
Posted by Colin Churcher at 8:24 AM