The hotel provides free access to local transportation for guests so we took the U-bahn to Baumwall the station for Miniatur Wunderland.

The route maps and other information are put on the ceiling which can make it awkward to read.
We entered straight away around 0830 and finally left at 1600.  Although it was crowded later on, the crowds didn't seem to be too bad.
It is difficult to describe Miniatur Wunderland.  I had expected it to be large and it certainly is enormous.  I hadn't expected the level of detail which I found throughout the entire exhibit.  The people constructing the model are keen observers of human nature and customs.  We were also impressed at the technological innovation that has been necessary in some cases.  MW has had to develop new software and new techniques to develop and maintain an operation this intensive.
MW is aimed at children rather than the railway modeler.  There are many interactive items with buttons to push.  There are about twenty rail cleaning trains continuously operating.  They use hard pad followed by a soft cloth.  I was particularly impressed with the chocolate factory which gives out chocolate for the kids.
We had a "behind the scenes" tour with an English speaking guide.  This allowed us to get into places the public does not normally see and learn a little about the problems of operating such a large and intensive operation. 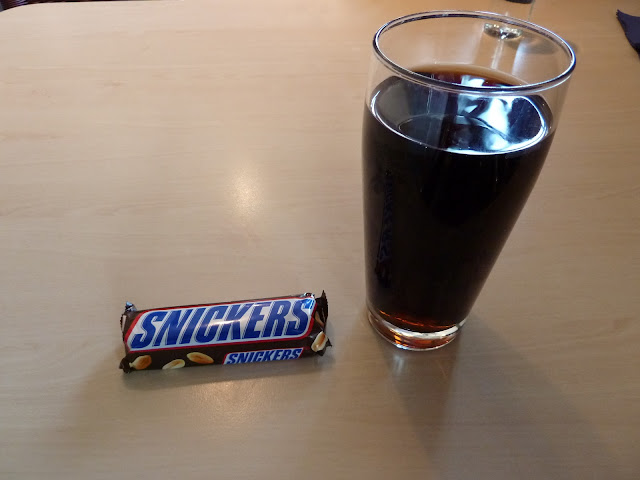 Lunch - the only time we sat down in almost eight hours.
The Swiss section was the newest and contains more innovation than the rest.  I liked it because of the high mountains with mountain railways.  The trains were prototypically accurate.  All the motor vehicles had lights and the station lighting was particularly effective when the three minute night sessions occurred.  The model house lights also came on at this time at random.  The number of small figures used is enormous - at the rock concert, sports arena and rallies as well as just in the street.
I think the North American section was the least successful.  There were a few long trains but some of the trains used had irregular motive power that felt unusual.
Rather than try to describe this in words I will put up a few pictures with a link to a slide show from my Flickr account.  Some video is also included. 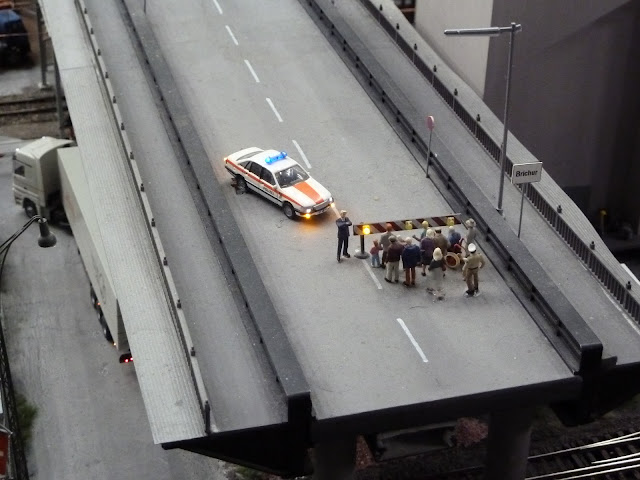 Little details make all the difference. 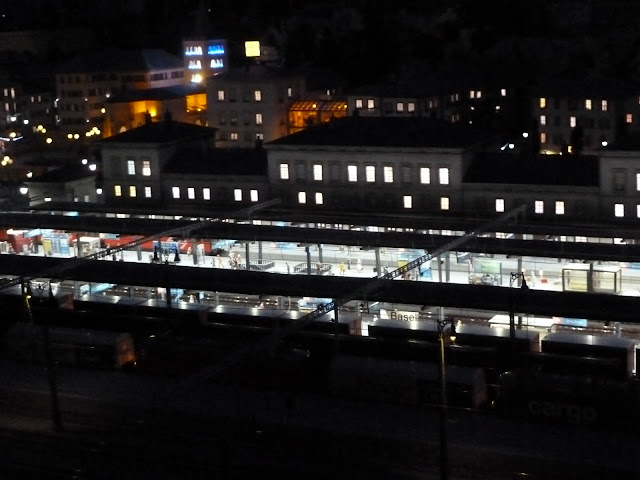 A touch of whimsy 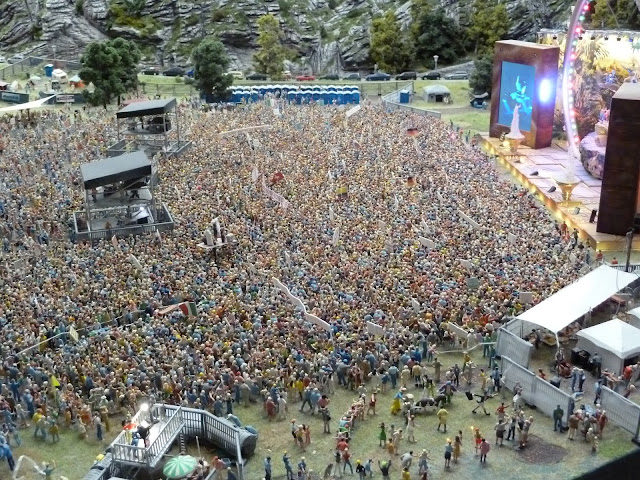 The exhibits are packed with figures. 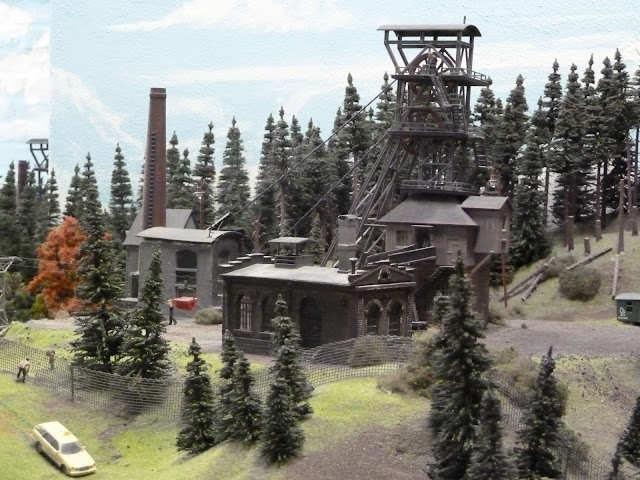 A coal mine complex showing all the pithead machinery

The radio-controlled ship is magnificent

This running water is only visible from behind the scenes. 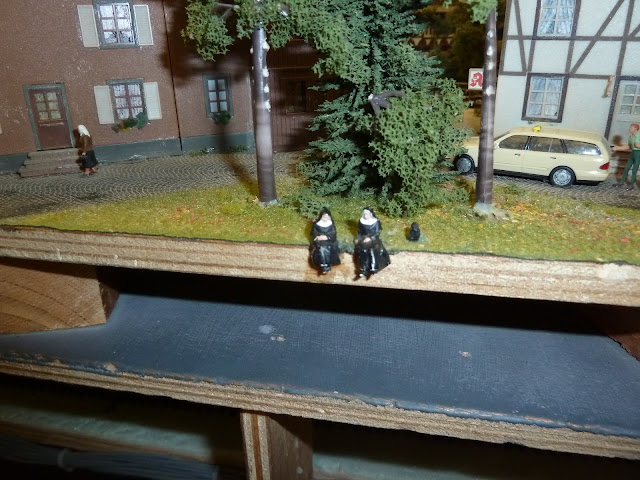 Our guide told us these nuns are preparing for the end of the world. 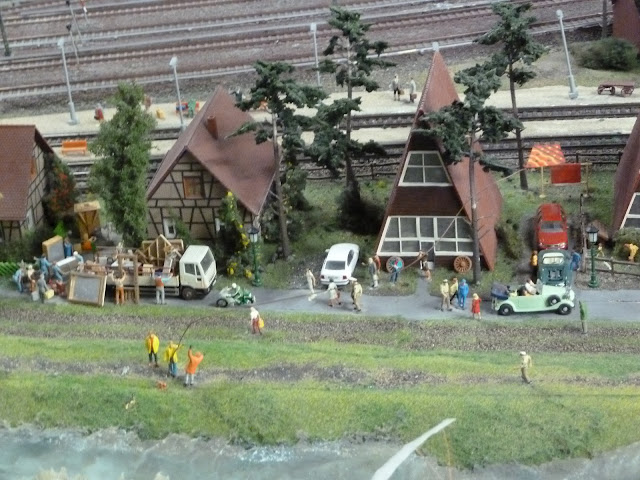 There is a wealth of detail everywhere. 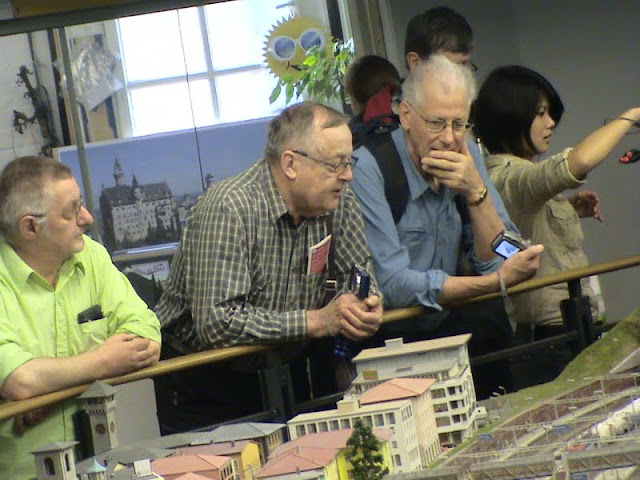 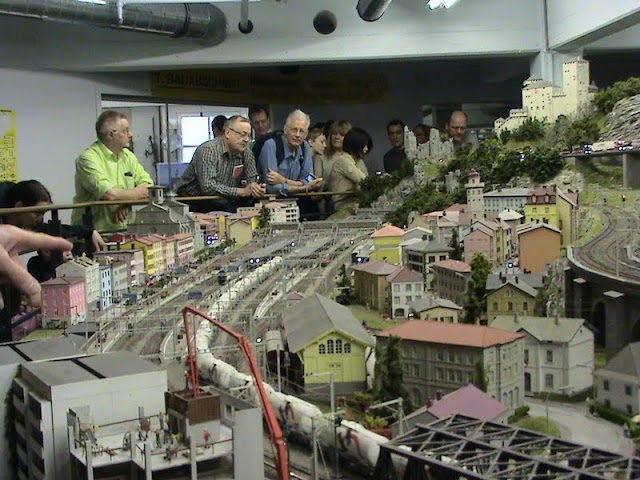 The Chocolate Factory was very popular indeed.  A little girl scooped up the chocolate as it came down the chute and politely said "Thank-you"
A short track cleaning train
Click above to see all pictures in a slide show.
Posted by Colin Churcher at 12:38 PM