Wednesday 11 May - Giverny and Rouen

0820 Paris St. Lazare to Vernon
1306 Vernon to Rouen
1657 Rouen to Paris St. Lazare
The trip out to Rouen was quick.  The Corail trains have now been modified with a driving cab at one end so there is no need to change locomotives at the end of the run.  This explains why there is no locomotive in the pocket at St. Lazare now.
It took a long time to get everybody into the bus and issue tickets but we reached the ticket booth only about 15 minutes after the gardens had opened.  It was busy at that time and got worse.  The Portuguese take the prize for those who make the most noise - loud mouthed buggers.  We decided to get down to the lily pond as quick as possible before the crowds made it down.  It was still pretty busy but I was able to take some good pictures without including people.  The whole place was overrun and I can't imagine what it can be like in tourist season.

After a quick look though the house we left for a quiet cafe on an empty terrace and then caught the first bus back to Vernon.  As we left I counted 16 tourist buses in the car park - at 40 per bus that is over 600. 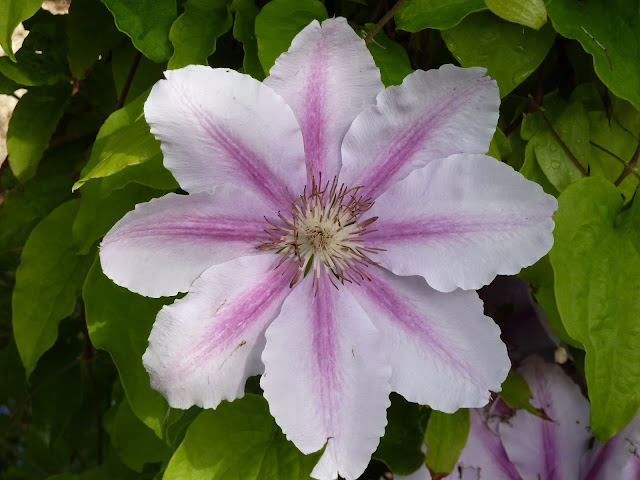 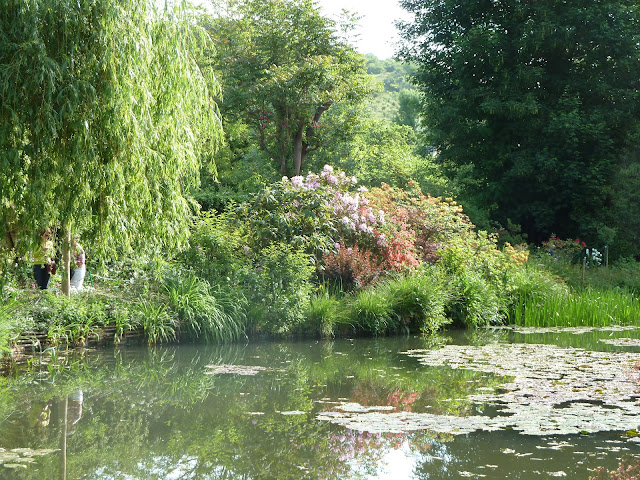 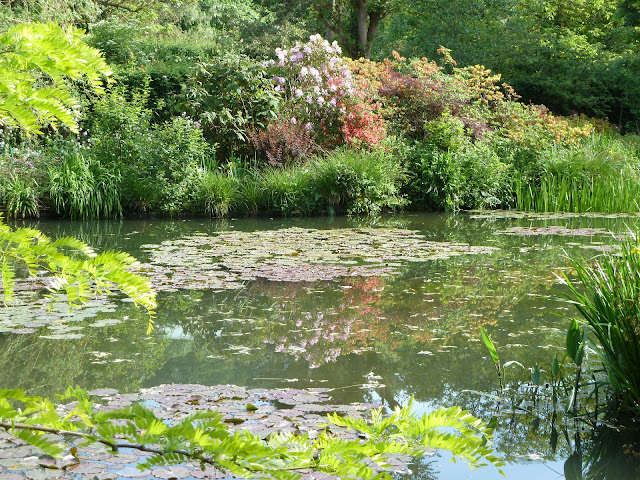 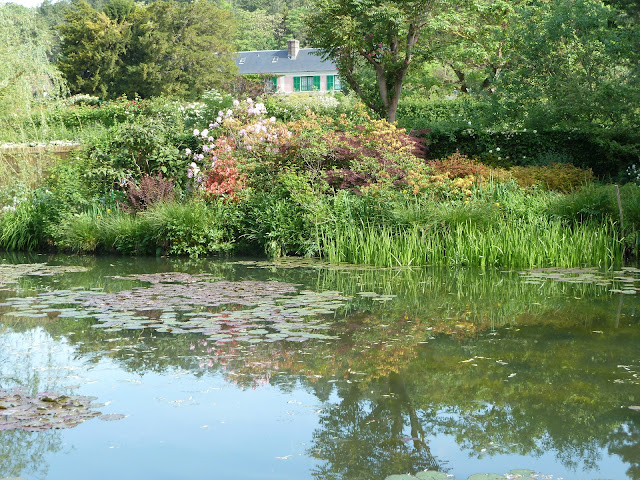 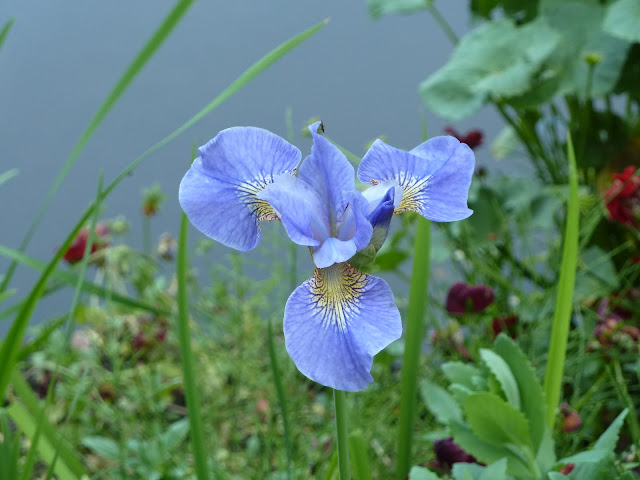 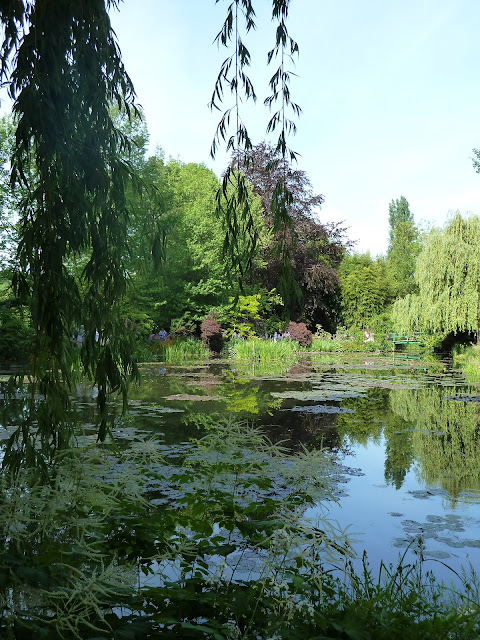 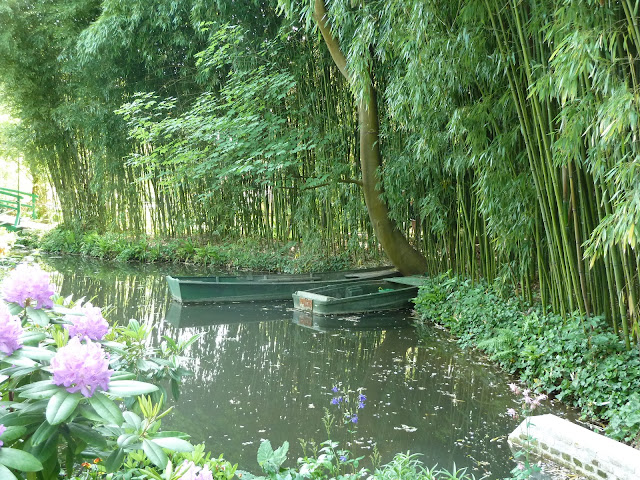 Click above to see all pictures of Giverny
Giverny is great if you can stand the crowds.

We decided to take the 1306 train rather than a train that would have got us into Rouen a couple of minutes earlier because this had first class and we were able to enjoy the views from the top deck.

Rouen does not seem to have changed a great deal from when we were there a few years ago.  We walked down into the pedestrian area around the cathedral and found a place for lunch.  It was quite late by this time and some kitchens had stopped serving.  We had an enormous salade landaise which included foie gras de canard, magret de canard, warm apple, fig jam, tomatoes and other good stuff.  With a 50cl pichet of red wine this was very satisfying.

We walked further into the part with many half timbered houses.  These are beautiful and very well kept. The cathedral was under heavy restoration. 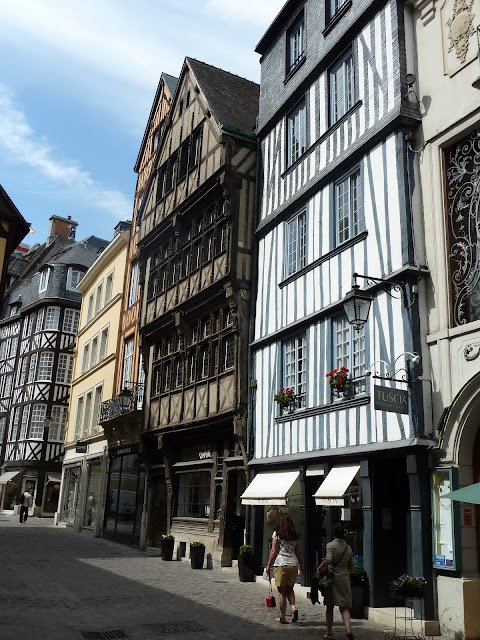 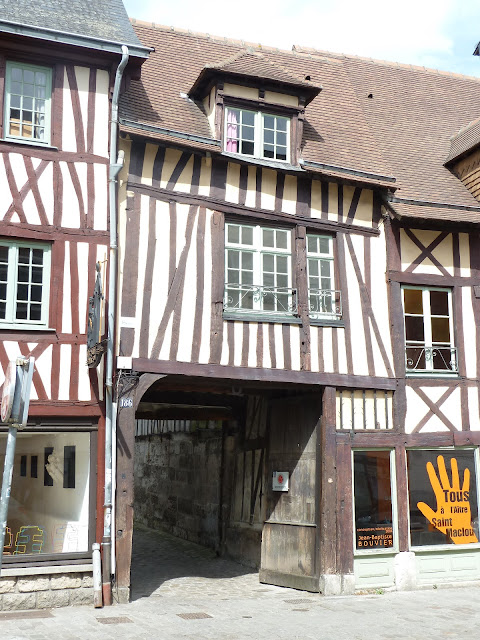 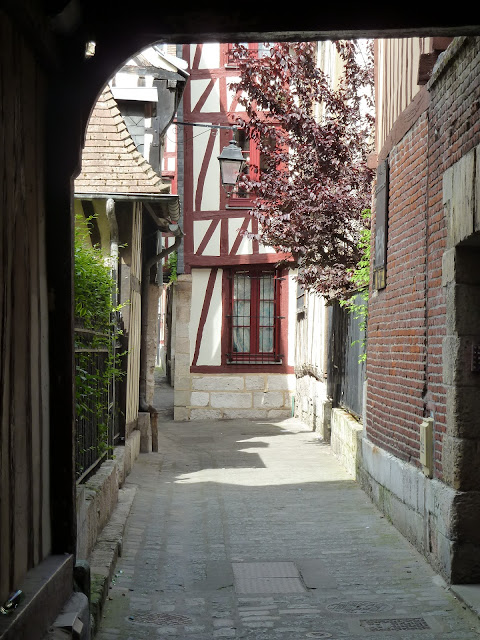 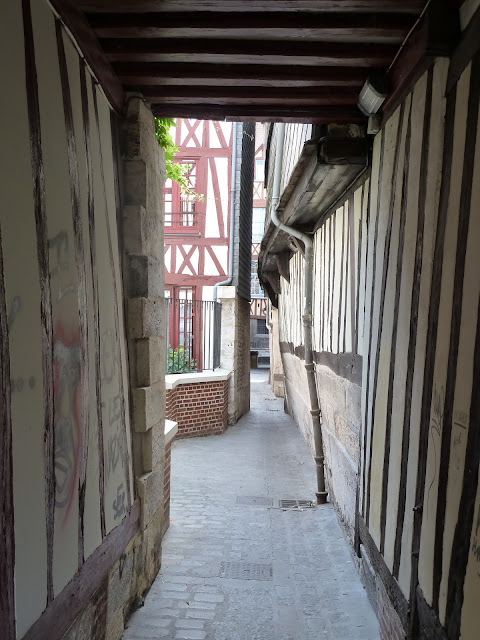 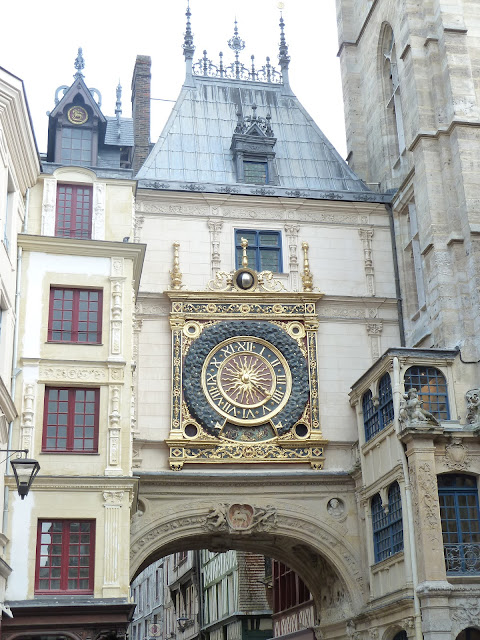 Click above to see all pictures of Rouen
The trip back to Paris was uneventful, non-stop and very fast.  The Corail car we were in had a truck which was worn a little which gave a very lively ride at times.  There must have been at least three hundred locomotives, diesel and electric, stored/dumped at Rouen.  Many of them will not run again.  There were at least 30 of the four-wheel locotracteurs.
Posted by Colin Churcher at 10:54 AM