Today was a funny day, for a time things seemed to be going wrong but we recovered and had a good visit to this Chateau which is nowhere near as well known as Versailles.  The SNCF web site admitted that there were indeed trains to Fontainebleau from the Gare de Lyon.  When we arrived at the station the Grandes Lignes departure board also showed a TER train leaving at 0835.  Buying a ticket posed a  bit of a problem.  It is on the Grandes Lignes departure board therefore buy a ticket at the SNCF Grandes Lignes ticket machine?  The SNCF ticket machines didn't know any Fontainebleau.  I then inquired at the SNCF Acceuil and was told to go to the TER ticket guichet which is hidden away behind a hoarding at one side of the concourse.  The young lady was very helpful and sold us a six-zone ticket which was cheaper than a return to Fontainebleau and was also valid on the Metro and buses for the day.

We then found our train lurking among the TGV's and found comfortable seats.  It looked as if our problems were over as the train left on time and whizzed all the way to Melun where we made a funereal approach and expired for half an hour.  The staff told us there would be a delay but the cause was not really clear.  There was a train standing on the adjacent track just outside Melun behind a crossing at which there were a couple of Sappeur-Pompier vehicles, so it may have been a crossing incident.

We had thought of the possibility of visiting Melun as this is one of the homes of Brie but one look at the town and we though better of this.  While sitting in the platform I tried to sort out the SNCF platform numbering policy.  From the main station, east, side the platforms are numbered:

1 and 2c have single faces while 1b/A and 2b/2 are island platforms.

There must be some convoluted logic here but I cannot figure it out.

We finally arrived at Fontainebleau station and it looked as if our troubles were over when we found a walking route from the station to the chateau well sign posted.  The sign posts took us as far as the chateau grounds but we found ourselves deposited in a forest with no sign of a chateau - or human habitation, for that matter.  It was a bit bothersome because the grounds are so large that a wrong move could see us walking several miles out of our way.  A lady happened by just then and told us to follow a particular wall and it would eventually lead to the chateau, which it did after about another two kilometers. 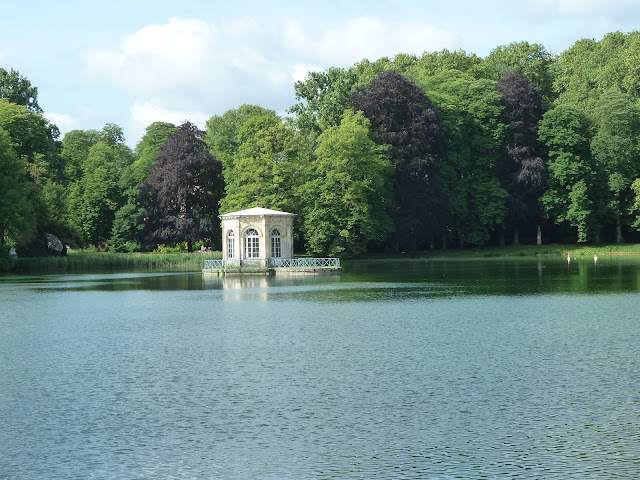 Mary was gasping for a coffee by this time and having visited the Chateau several times before, we decided to search of a cafe just outside and then visit the gardens.

We found the Tourist Office and procured a map which would have helped to allay our earlier fears.  In many respects, Fontainebleau is better than Versailles.  It is not so vast and there are not the enormous long formal walkways which are rather boring.  In addition to the formal gardens there is an irregularly-shaped lake with some reeds which would not be allowed at Versailles.  The Jardin Anglais has numerous curved paths with irregularly spaced copses and many rhododendron bushes.  There is something new for the eye around the next bend in the path. 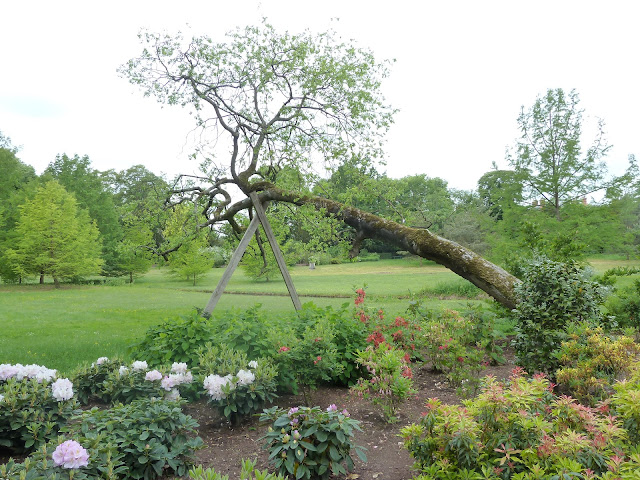 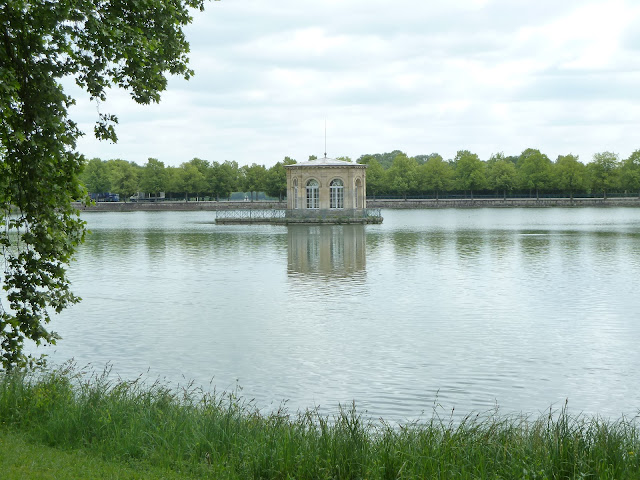 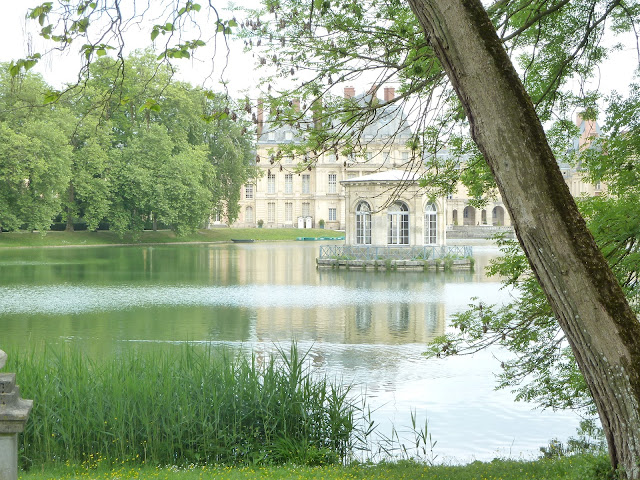 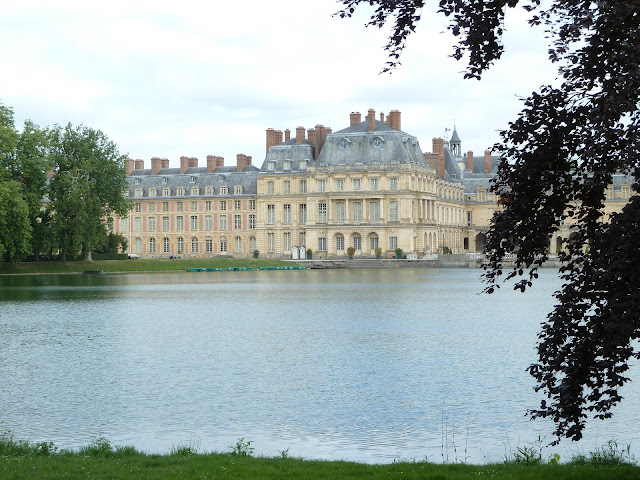 We wandered into town at lunch time passing a place that was reputed to sell Fromage de Fontainebleau.  This is similar to Chantilly Cream but without the sugar.  But it must be consumed the day it is bought and does not travel well so we decided against it.  We looked around for a restaurant that was open for lunch (it was a Monday when many establishments are closed) and found one that was well frequented.  Others were practically empty.  We had a good meal with a pichet of Beaujolais.  The restaurant had an appealing selection of desserts and we had a main course and dessert - I had a chocolate Religieuse while Mary had a raspberry thing.
All that remained was to walk back along the main road, past the Hotel de Ville, to the station and catch the first train back to the gare de Lyon.
While waiting for the train we watched one of the SNCF cleaning staff emptying the garbage baskets.  They are carefully segregated into garbage and recyclable materials.  The cleaning woman put everything into one plastic bag - so much for the environment.
Click below to see today's pictures
Posted by Colin Churcher at 7:28 AM