Friday 13 May – The Paris Viaduct Park

Off to a slow start this morning. We walked down to rue des Abbesses in time for lunch with Gail Boisclair at Le Miroir on rue des Martyrs. The meal was excellent, I had foie gras de canard and roti de porc with Saumur Champigny red. Mary had green asparagus with champagne coloured foam and gourgettes stuffed with agneau confit.
I took the metro to Austerlitz and negotiated a ticket for my trip to Valencay on Tuesday. The young lady tried to tell me I couldn't do what I wanted but I quoted her train numbers and times and she eventually saw it the way I wanted. The computer didn't like a five minute connection at Salbris on the way back but I assured her I knew the way and would run – there is a train an hour later in any case. It is something when I know more than the ticket sales people.
I came out of the station and decided to walk across the Seine to look at the viaduct that was originally used by the trains into the commuter station at la Bastille which was torn down when the RER was put underground and the Bastille opera house was built in its place. The arches are used for high-end shops, consultants offices etc., while the top surface has been turned into a beautiful patch of green with flowerbeds. The foliage is so dense that spaces have been left for people to look out on to the street (Avenue Daumesnil). It is very heavily used and stretches for about a kilometer and a half. 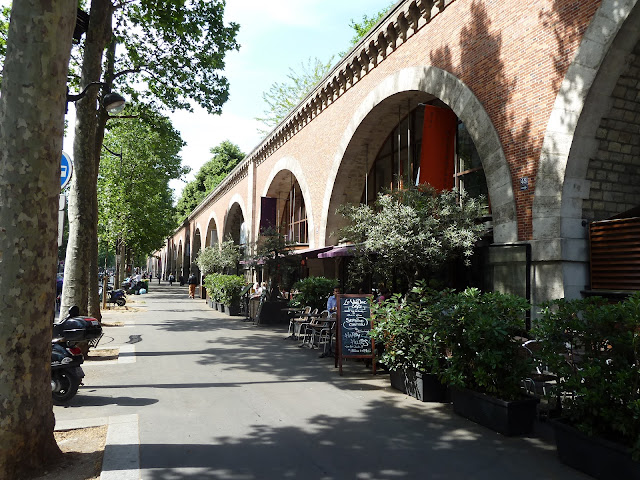 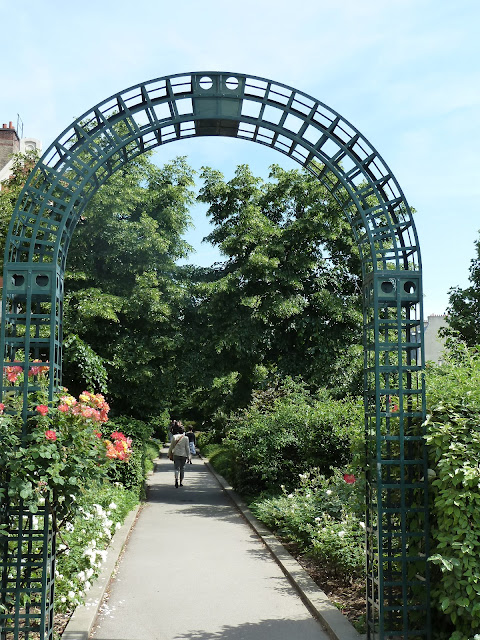 The Bastille station had 6 stub-end tracks, as well as a small freight terminal and a terminal for the passenger tank steam locomotives. The line along the viaduct was double track. The brickwork has been kept clean and the whole thing is an excellent alternate use for a railway structure.
Click below to see all the pictures